Many parents who light up are aware of the dangers of secondhand smoke; they blow it out the window or smoke at home only when the kids are not there. But people rarely account for what is left behind after a cigarette has been extinguished. When smoke dissipates, it does not just disappear. Compounds are left over that settle on walls, furniture and clothes, or become part of house dust. Call it "thirdhand smoke," which is what a team of researchers trying to raise awareness of the dangers of smoking named it in January.

The study, published in the journal Pediatrics, surveyed 1,500 smokers and nonsmokers about the hazards of secondhand and thirdhand smoke and found that 84 percent of smokers believe secondhand smoke is dangerous to children, while only 43 percent think thirdhand smoke is harmful. But the compounds in thirdhand smoke can be ingested or absorbed through the skin, and some give off gases as they deteriorate, says Jonathan Winickoff, an associate professor of pediatrics at Massachusetts General Hospital, who led the research. Many are carcinogenic. "The more you smoke in these locations, the more microlayers of these toxins build up," Winickoff says. 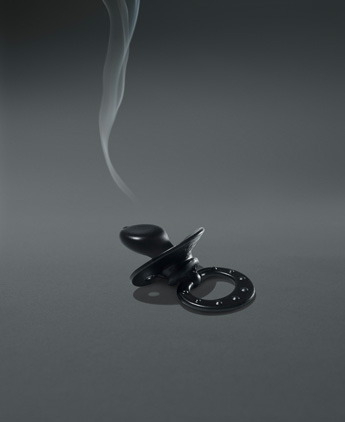 Winickoff is analyzing data on children who live in apartments and encounter thirdhand smoke only from other units in their buildings. He expects to publish his results early next year. LIA MILLER

Posted via web from wholefamilyjoy's posterous