The Voices of Sleep Apnea 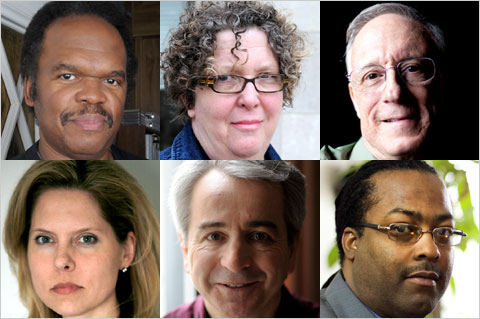 Getting a good night's rest is essential for good health, but people with sleep apnea aren't able to succumb to slumber. Obstructive sleep apnea causes episodes of stopped breathing during sleep, and the result is a fragmented, restless sleep that leaves sufferers exhausted and drowsy during the day.

Sleep apnea is common, affecting more than 12 million Americans. But most people with the problem haven't been diagnosed. The problem is more common in men, and associated with being overweight and over 40. Untreated sleep apnea has been linked with high blood pressure, memory problems, weight gain, headaches and car crashes.

To learn more about life with sleep apnea, listen to the latest installment of the Patient Voices series from New York Times Web producer Karen Barrow.

You'll meet Ursula Forhan, 54, of Chicago, who says constant tiredness is the worst part of having sleep apnea.

"It's a grinding kind of fatigue," she says. "It's a fatigue that makes you ration what you'll do….You don't have enough energy for everything."

And you'll meet Eric Ramme, 54, of Manhattan, who thought his sleep problems were linked to his pillow, mattress or even the traffic outside his window. After his diagnosis, he ultimately underwent surgery to correct the problem.

"When you have a good night's sleep you attack your day," he says. "You're happier. So many things are related directly to the quality of sleep you have."

Listen to all the voices of sleep apnea and then please, join the discussion below.

John Kim said...
Way way under diagnosed, I see this all the time with parents when I asked the kids if they snore, the kids say I don't snore but mom or dad snores. the parents look slightly embarrassed but acknowledged yes this is true. Then I asked for followup question, are they grumpy? Uncomfortable silence. They often are. Stressed out, overtired, moody and their kids think their parents are no fun to be around. The parents are irritated by their spouses, their bosses ,and bad drivers. They get evaluated eventually for sleep apnea, and lo and behold they have a medical condition ,then when they are treated changes their whole family's life trajectory . No more grumpy dad, yeah, Awesome. This is part of what my book is about.
Read more: "The Voices of Sleep Apnea - Well Blog - NYTimes.com Notice all sorts of body types. - wholefamilyjoy's posterous" -http://wholefamilyjoy.posterous.com/the-voices-of-sleep-apnea-well-blog-nytimesco#ixzz0FbSDgO8v&A
--
John C Kim MD
www.kiddoc.ORG
www.wholefamilyjoy.com

Many patients with sleep apnea have problems with their CPAP machine, and they can't tolerate anymore this situation. This article tells you other solutions to treat sleep apnea, using alternatives treatments treatment of obstructive sleep apnea in pediatric patients.

Thank you very much for this great post. Find more information